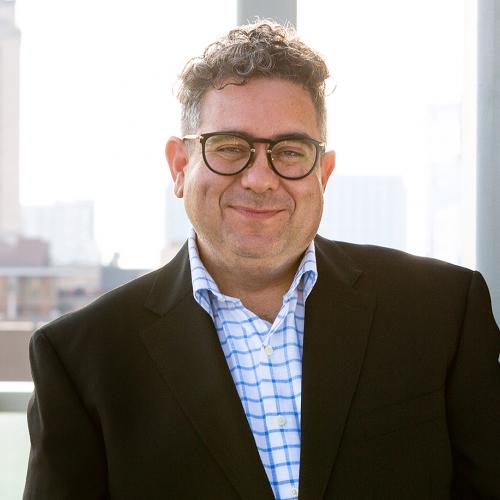 Dr. Ramón H. Rivera-Servera is Dean and Professor in the College of Fine Arts at The University of Texas at Austin.

For over 20 years, Ramón H. Rivera-Servera has been a scholar focused on the ways the arts contribute to social transformation—from the emergence of collective identities and politics facilitated by media and performance cultures to the activation of art-based methodologies to address moments of collective crisis. He has produced award-winning scholarship, developed curatorial and arts development practices and platforms and advanced a significant portfolio of externally funded practice-based projects focused on the ways the arts can help us become a more intentionally collaborative and ethical society. Rivera-Servera has been specifically focused on how the arts generated from queer Latinx, Caribbean, Mexican and Afrodiasporic contexts across North America advance critical knowledges that build and sustain community through creative practice.

Rivera-Servera’s research focuses on contemporary performance with special emphasis on the ways categories of race, gender and sexuality are negotiated in the process of (im)migration. His work documents a wide array of performance practices ranging from theatre and concert dance to social dance, fashion and speech. His teaching ranges from seminar courses on Latina/o and queer performance, sound and movement studies and visual cultural studies to workshop courses on social art practices, the performances of non-fiction, ethnographic research methods and performance art.

He is author of Performing Queer Latinidad: Dance, Sexuality, Politics (University of Michigan Press, 2012), a study of the role performance played in the development of Latina/o queer publics in the United States from the mid-1990s to the early 2000s. The book received the 2013 Lambda Literary Foundation Book Award (LAMMY) in the LGBT Studies, the 2013 Book Award from the Latino Studies Section of the Latin American Studies Association, the 2013 Outstanding Publication Award from the Congress on Research in Dance, the 2013 Honorable Mention for Best Book from the Association of Latino and Latina Anthropologists and a Special Citation for the 2012 de la Torre Bueno Book Prize in Dance Studies from the Society of Dance History Scholars.

Along with the pursuit of scholarship and creative practice, Rivera-Servera has advanced transformational change in the arts, especially around issues of equity and inclusion. Beginning with the co-founding of the Latinx Theatre and Performance Studies Focus Group at the Association for Theatre in Higher Education (now the Latinx, Indigenous and Americas Focus Group)  and including the creation of two arts incubation platforms—the Performance in the Borderlands Project at Arizona State University and the Puerto Rican Arts Initiative at Northwestern University—he has worked to advance the artistic practices of communities not historically embraced in the national art scenes of the United States. He is associate editor of the Triangulations book series on LGBTQ drama, theatre, dance and performance studies at The University of Michigan Press.

He is the first student to graduate from the doctoral program in Performance as Public Practice (formerly Theatre History and Criticism) at The University of Texas at Austin, where he also completed a doctoral portfolio in Mexican American Studies. Prior to his appointment as dean at the College of Fine Arts, he directed one of the leading doctoral programs and an interdisciplinary graduate cluster in performance studies; chaired two of five departments in Northwestern University’s School of Communication (Department of Performance Studies and Department of Theatre); served on the governing boards of three different academic programs in the interdisciplinary humanities at the Weinberg College of Arts and Sciences (Latinx Studies, American Studies, Gender and Sexuality Studies); and worked on the administrative committees of the School of Communication and the Graduate School.

His leadership service to the arts includes board service to organizations invested in advancing more inclusive institutional and industry cultures. He’s served on the board of the National Association for Latino Arts and Culture, the largest funding and advocacy organization devoted to the support and promotion of Latinx arts in the United States, and the advisory board of OpenTV, a digital film and media production platform invested in producing the work of underrepresented communities and networking them into distribution platforms.