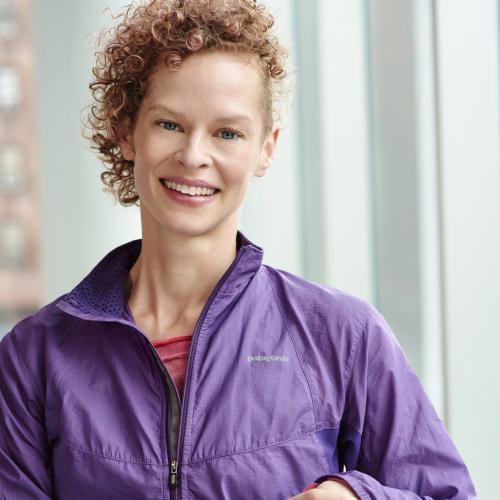 Leah Cox is Dean of the American Dance Festival and a dancer/collaborator with Liz Lerman on her latest choreographic project, Wicked Bodies. Prior to her appointment at The University of Texas at Austin, she taught at Bard College. Cox is a frequent adjudicator for the American College Dance Association and served on the New York Dance and Performance “Bessie" Award Committee from 2015 to 2018. She worked with the Bill T. Jones/Arnie Zane Company from 2001 to 2014, first as a company dancer (2001-2009) and subsequently as the Company’s first education director. Cox regularly re-staged the Company dances, including several first-time reconstructions of evening length pieces. Her work as education director was featured in the documentary about Bill T. Jones, entitled A Good Man, which aired on PBS nationwide.

At Bard College, Cox created and directed two innovative partnerships with professional dance organizations. The first with the Bill T. Jones/Arnie Zane Company, and the second with the American Dance Festival. The latter received critical attention in a feature article in Dance Magazine about progressive dance programs. Cox has been the subject of a cover story feature in Dance Teacher Magazine and has been commissioned to create works for university dance programs nationwide.

Cox is currently working with Liz Lerman on her latest project, Wicked Bodies. She serves as the Dean of the American Dance Festival, which offers her an ongoing place to create programs for an international student body of all ages.

Collaborating with and learning from my colleagues and students. The people in the department inspire me and offer the kind of support that makes being here a joy.

Tacos, great running trails and plentiful public parks. Lastly, widespread use of "y'all." Northeasterners just don't get it.