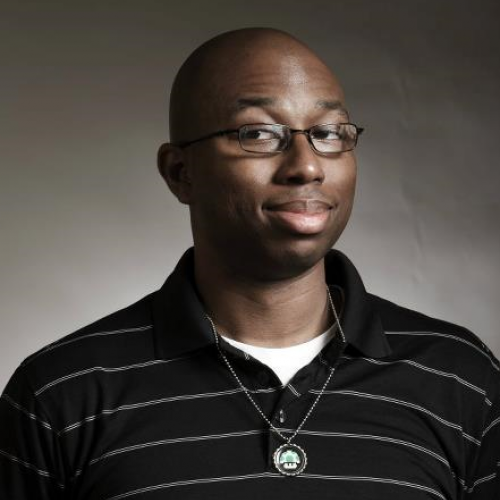 Technical Coordinator for the B. Iden Payne Theatre and Integrated Media Shop Supervisor

Earnest Mazique began his theatre studies at Alief Hastings High School in Houston, Texas, where he also worked as a technician at Six Flags AstroWorld. Upon graduation, he left for Evansville, Indiana, to earn a B.F.A. in Theatre Design and Technology from the University of Evansville. While there, he completed two studio designs and two mainstage designs in lighting and sound.

After completing his undergraduate studies, Mazique strayed from theatre and explored emerging means of storytelling as he pursued a M.A. in Visual and Media Arts in the New Media program at Emerson College in Boston, Massachusetts. Now with many years of educational technology and audio-visual support experience behind him, he has returned to the fold as the Technical Coordinator for the B. Iden Payne Theatre and Integrated Media Shop Supervisor.

In his time away from the university, he enjoys deejaying, video games, playing the drums and numerous forms of mediated storytelling.