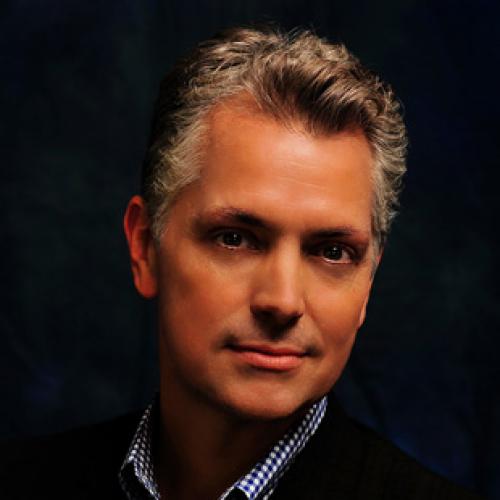 Paul Bonin-Rodriguez studies contemporary arts policies and infrastructure, entrepreneurship, network-based organizing and institutional support, as well as theatre and performance; his research and teaching focus on the systems of support and training for arts professionals and follows from his extensive career as a producing artist and non-profit administrator. At The University of Texas at Austin, he has received the President’s Associates Teaching Excellence Award for contributions to the undergraduate curriculum, the Signature Course Inclusive Classroom Award and the Distinguished Teaching Award from the Department of Theatre and Dance. He was the founding chair (2016-20) of the undergraduate minor in Arts Management and Administration, which provides students with arts leadership training in the nonprofit and commercial sectors, as well as international production work, jobs in arts journalism and arts entrepreneurship, to name a few.

Paul Bonin-Rodriguez is the author of Performing Policy: How Politics and Cultural Programs Redefined U.S. Artists for the Twenty-first Century (2015), which assesses how arts policy research and development initiatives since the 1990s have radically reshaped artists’ practices and opportunities nationwide. As a 2022-23 Provosts Authors Fellow, he is writing a second book. Groundwork: Race, Equity and the Network-based Infrastructure for U.S. Artists focuses on the emergence, development and aspirations of network-based artist service organizations since the 1970s and 1980s. Drawing heavily on archival documents and interviews with cultural professionals, Groundwork reads the arts intermediary system against the growth of network-based theories and technologies in the social sciences, math, science and media and demonstrates how current focuses on equity and justice follow from a greater understandings of complex network dynamics.

Nationally, he is the co-editor for Artivate: a Journal of Entrepreneurship in the Arts and a regional liaison for the Ford Foundation Fellowship Program. From 2018-2021, he served on the faculty for the Institute for Curatorial Practice in Performance at Wesleyan University. His research has received support from the National Endowment for the Arts, the Ford Foundation and the Doris Duke Charitable Foundation.

His articles and chapters appear in Art Journal; Artivate: a Journal of Entrepreneurship in the Arts; Theatre Topics; Liminalities: A Journal of Performance Studies; Applied Theatre: Economies; An Unimagined Space: Beyond the Legacy of the New WORLD Theater; and Theatre, Performance and Theories of Change.  His OpEds have been published in The Well, The Hechinger Report, Truthout and Alcalde.

Prior to coming to UT Austin, he toured the U.S. as a producing playwright, performer and dancer and worked as an arts administrator for more than two decades. Nationally, he has served on a number of initiatives focused on the nation’s arts infrastructure. These include Leveraging Investments in Creativity, ArtPlace America, the Center for Arts and Social Engagement at the University of Houston and Common Field.

An active and innovative theatre, dance and performance scene.

“HOMES at the ends of the WORLD: Repertoires of Access and Agency Out of New WORLD Theater (1979-2009).” Essay in An Unimagined Space: Beyond the Legacy of the New WORLD Theater. Ed. Chinua Thelwell. London: Routledge, 2016. 73-81.

“The Case for Bachelor of Arts: What Betsy deVos Doesn’t Understand about the ‘Noble Pursuit,’”Hechinger Report, March 27, 2018

“How Slashing the NEA Would Damage the US Economy,” co-authored with Charlotte Canning, Truthout, March 19, 2017