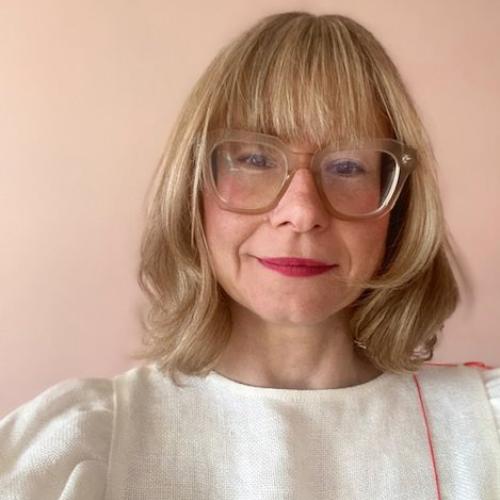 Lisa Laratta received her B.F.A. in Toronto, Ontario and her M.F.A. in Theatre with a specialization in live design and production from The University of Texas at Austin and has been in Austin ever since. Laratta creates vast, detailed worlds for stage and screen using architecture, furniture, fabric, string, found objects and paint. Laratta is a founder and co-artistic director of paper chairs. Some of the theatre projects she has designed for include Plano, Poor Herman and Baal (paper chairs); Antigonick and Bright Mother: An Invitation to Being (Salvage Vanguard Theater); Sonnets For An Old Century (Texas Theatre and Dance) and UTNT (UT New Theatre) and Heroic Dose and Stop Hitting Yourself (Rude Mechs). She has also been production designer on films including jumping off bridges and Lover, Beloved. Laratta teaches scenic design at The University of Texas at Austin.