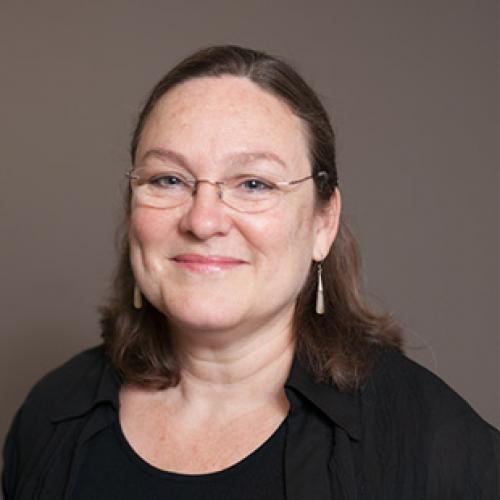 Holly Williams is Senior Associate Dean in the College of Fine Arts, where she oversees graduate programs, accreditation and special projects for the college. She is also a professor in the Department of Theatre and Dance, where she previously served as the head of the dance program, the associate chair and the interim chair.

As a dancer, Williams has performed nationally and internationally with the companies of Laura Dean, Jose Limon (at City Center) and with Mark Morris. With the Mark Morris Dance Group/Monnaie Dance Group Mark Morris, she toured extensively, appearing in original casts of The Hard Nut; L'Allegro, il Penseroso ed il Moderator; Going Away Party and Gloria, among others. She was in residence with the company in Brussels, Belgium for three years.

Williams' choreography for the Houston Grand Opera, Dallas Opera, Austin Lyric Opera, Austin Theatre Alliance, Dallas Theatre Center and work for film and television have also won her national acclaim. Her dance/video work Bolero made its international debut at the Edinburgh Festival Fringe in Scotland and her signature work, Black Magic, was performed in St. Johann, Innsbruck and Salzburg, Austria as part of the Tanzsommer Festival in 2004. In 2007, she was a Fulbright Fellow at the Taideakateia Turun in Turku, Finland and has received two Big XII fellowships from The University of Texas at Austin for her choreography.

She has served on the executive board of directors of the American College Dance Association from 2005-2013, including serving as president from 2009-2013. She has also served on dance panels for the National Endowment for the Arts, Dance/USA and the Mid-Atlantic Arts Foundation. A writer and critic, she has contributed articles on dance to The New York Times, The Dallas Morning News and The Austin-American Statesman, among others.