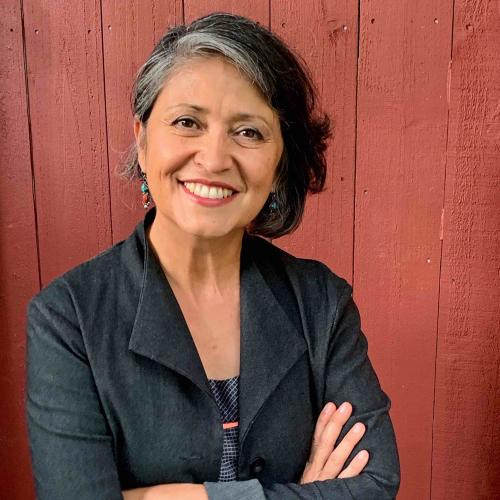 KJ Sanchez is the head of Playwriting/Directing and runs the M.F.A. in Theatre (Directing) program. She is a director, producer, playwright and sometimes actor. She’s the founder and CEO of American Records, dedicated to making theatre that chronicles our time, theatre that serves as a bridge between people. Sanchez recently directed Octavio Solis’s Quixote Nuevo, which was produced at Hartford Stage, Huntington Theatre Company in Boston and Alley Theatre in Houston.

As an actor, Sanchez performed at the Brooklyn Academy of Music and internationally including the Toga-Mura Festival in Japan and the IberoAmericano Festival in Bogota, Columbia. She is the voice of many characters on the cartoons Dora the Explorer and Go, Diego, Go!. Sanchez is a Fox Fellow, Douglass Wallop Fellow and a recipient of the 2014 Rella Lossy Playwright Award and the National Endowment for the Arts/TCG Career Development Program.

The green, the lakes and river and creeks, the tacos (requisite answer), the locally-sourced food, the music and the grackles (I really do like those crazy birds).